Sharon* knew it could be a nightmare if she stopped at the grocery store that evening, but she desperately needed milk — two percent, not skim, not whole — for Eric’s breakfast the next morning. Eric had knocked over the last carton this morning during breakfast. Fortunately, that was after Eric had already eaten his usual breakfast of dry chocolate crunch cereal, an apple, and a glass of milk. If he’d spilled the milk before breakfast, oh boy, Sharon knew the morning would have quickly spun out of control.

Not that it was Eric’s fault, Sharon reminded herself as she turned into the grocery store parking lot. Eric’s Asperger’s Disorder (now categorized as a part of Autism Spectrum Disorder in the DSM-V) required structure — yet it wasn't the only thing that fueled Eric’s aggressive outbursts.

Now, after a hectic day at work made her late picking up Eric from after-school care, she had to stop for more milk to ensure that tomorrow’s breakfast time would go smoothly. 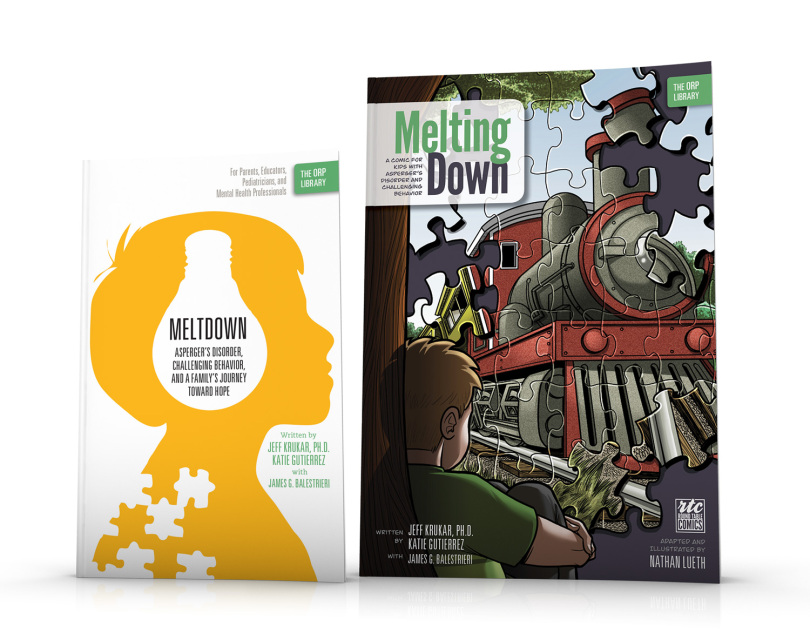 Meltdown and Melting Down (Asperger's Disorder)

“We’ll just do a quick in and out, okay, buddy?” Sharon looked at her nine-year-old son through the rearview mirror as she parked the car. Not surprisingly, he was playing a game on his phone.

Since Eric had also been diagnosed with attention deficient hyperactivity disorder (ADHD) when he was three, and then Asperger’s Disorder when he was five, their lives had been anything but typical. Now Sharon was an expert on prescription medications, Individualized Education Programs (IEPs) for school, diets, and the newest therapies designed to help regulate Eric’s erratic moods and meltdowns.

“Let’s go on in, sweetie,” Sharon said to her son. Eric had a hard time around a lot of people and noise, and hated going to the grocery store, but Sharon couldn’t leave him in the car either for fear he’d get out and run through the parking lot again.

Reluctantly, Eric put his phone in his pocket, opened his car door, and followed his mother inside the store.

Why is the milk always in the back of the store? Sharon thought irritably. Holding Eric’s hand, she made a beeline for the dairy section, grabbed a jug of milk, glanced at the expiration date, and was in the express lane in two minutes.

“It’ll be just a minute, buddy,” Sharon whispered to Eric, who was rocking back and forth. There were five other people in front of them.

“I wanna go. I wanna go now,” Eric said, each word louder than the last.

“I know, honey, but we just need to get your milk. You want to have milk at breakfast tomorrow, right? It’ll just be a few minutes.”

One customer finished her purchase and the line moved up. Maybe they’d make it through in time.

Eric began plucking his eyebrow. “Let’s go home now. Let’s go, Mom!” Eric pushed Sharon into the customer in front of her. A man turned around and looked at her with eyes that said “What the hell, lady?”

“I’m so sorry!” she apologized to the man in the dark suit.

He looked back at her sternly. “You should teach your son to have a little self-control. My children never acted like that when they were his age.”

Sharon felt a hot blush flood her cheeks. “Listen—” Sharon lost her breath at the sudden painful impact in her back. 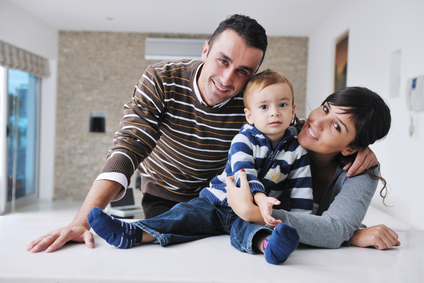 Ignoring the throbbing in her back, ignoring the man in the dark suit, ignoring everyone in line who was staring at them, Sharon set the milk jug on the floor and willed herself to speak calmly.

“Okay, Eric. I’m your mother, now knock it off. Let’s get the milk and get out of here.”

“Nooooo! I want to leave!” he howled, thrashing.

“Oh my goodness, what a brat!” mumbled a customer in the next line to the left.

Eric then threw himself on the floor, all sixty pounds, rolling and screaming. Sharon knelt down, trying to get her son to be calm and keep still. Fueled with strength from more anger, Eric head-butted her in the face, making her bite her tongue. He then punched her in the ribs until she gave up and moved away from him.

Sharon’s eyes filled with tears. He didn’t mean it — she didn’t think so, anyway. But in the middle of a meltdown, or sometimes when he just looked at her emotionlessly, she shivered.

“Ma’am, do you need some help here?” a slim man asked her. The store manager, Sharon assumed.

“My son has Asperger’s.” As she stood up slowly, aching, she had to almost yell so she could be heard over Eric’s shouting. “He’s having trouble calming down.”

“My nephew has that,” the manager said. Sharon felt a tiny bit of hope for some understanding. “But Shawn doesn’t have tantrums. He just doesn’t have any friends and likes military airplanes a lot,” he said, his eyebrows furrowed in bewilderment. “He doesn’t do this.”

Eric kept wailing, and the store manager said, “I’m sorry, but if you can’t get him under control, I’ll have to get security to help you remove him from the store. This bothers other customers.”

At that, Sharon wanted to launch herself onto the floor right next to Eric, screaming and crying, too. Right next to him. She wanted to explain that Eric didn’t want to have a meltdown. It wasn’t all his choice or something he was capable of controlling — at least, not yet. He’d once described a meltdown as a red band that came down over his eyes, and before he knew it, he was in a blind rage. Afterward, he sometimes cried when he saw a bruise on Sharon’s arm and realized he had put it there. He always felt bad about the meltdowns after they were over. Sharon wanted to explain that Eric’s combination of Asperger’s Disorder and ADHD made his behaviors more complex and therefore more difficult to treat.

Sharon knelt down again. “Eric, take a deep breath and calm down, honey, please.” But Eric was still too distraught to hear her.

“Ma’am?” the manager prompted her again. “We’re going to have to ask you to leave.” He gestured to the security guard standing behind him. “We’ll escort you out to your car and make sure you’re okay.” 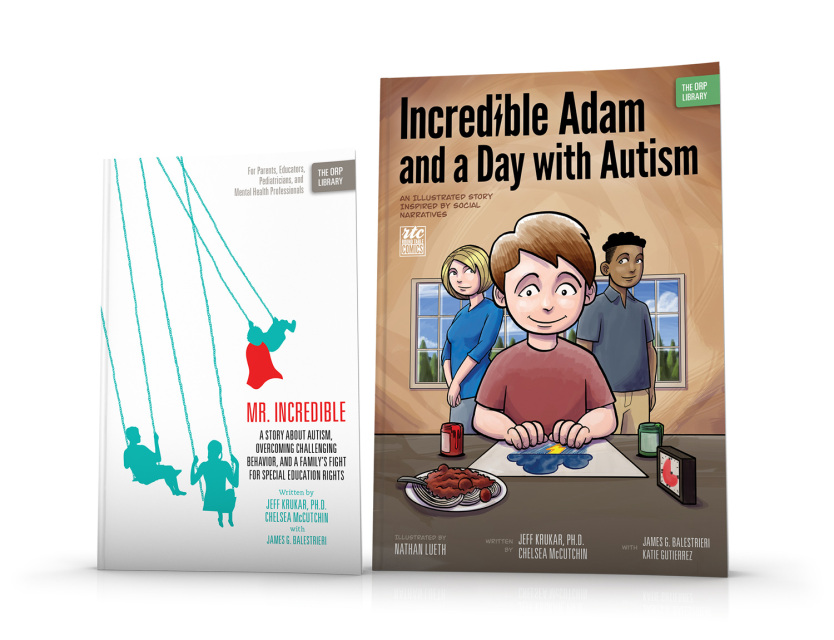 When Asperger’s is Not All

In our social world, successfully managing some of the characteristics of Asperger’s, or high-functioning autism, can be challenging, but it becomes even more difficult when a child has an additional disability. A research review from the National Institutes of Health shows that people with Asperger’s often have diagnostic comorbidity, meaning two or more chronic disorders are present; most commonly ADHD, depression, anxiety, mood disorders, obsessive-compulsive disorder, or Tourette syndrome.

As a result, your child’s symptoms and behaviors may be exacerbated and more intense, and it may often be difficult to identify which disorder is driving the behavior. Additionally, your child may not act like the “typical” child with Asperger’s Disorder and even those familiar with Asperger’s may not understand your specific situation.

What’s a parent to do? Other families whose children have more than one disability have suggested the following:

Trust your parental instincts. Many families say that even when their child received the initial diagnosis of a single disability, it didn’t address all of their child’s symptoms. Follow up with your child’s doctor or other specialists if your eyes, brain, and gut tell you that more might be going on.

Review and change your child’s treatment — and be persistent. Keep working with your child’s pediatrician, child and adolescent psychologist, therapists, and other support resources to continually review and modify his treatment plan until you find one that is comprehensive and successful. Keep in mind, however, that this plan will need to be updated and altered as your child gets older and his or her responses to intervention and therapies change.

Remember - you’re not alone. Your child’s diagnosis may be complicated, but there are other parents who are facing similar challenges. Ask your child’s doctors or providers about parent support groups. Do an Internet search to find blogs and learning communities that are focused on your specific needs.

It may be hard to realize that there’s not a reliable rulebook to follow. The good news is this leaves room for you to become a better expert on your child.

*Names have been changed to protect the privacy of the individuals interviewed for this story.